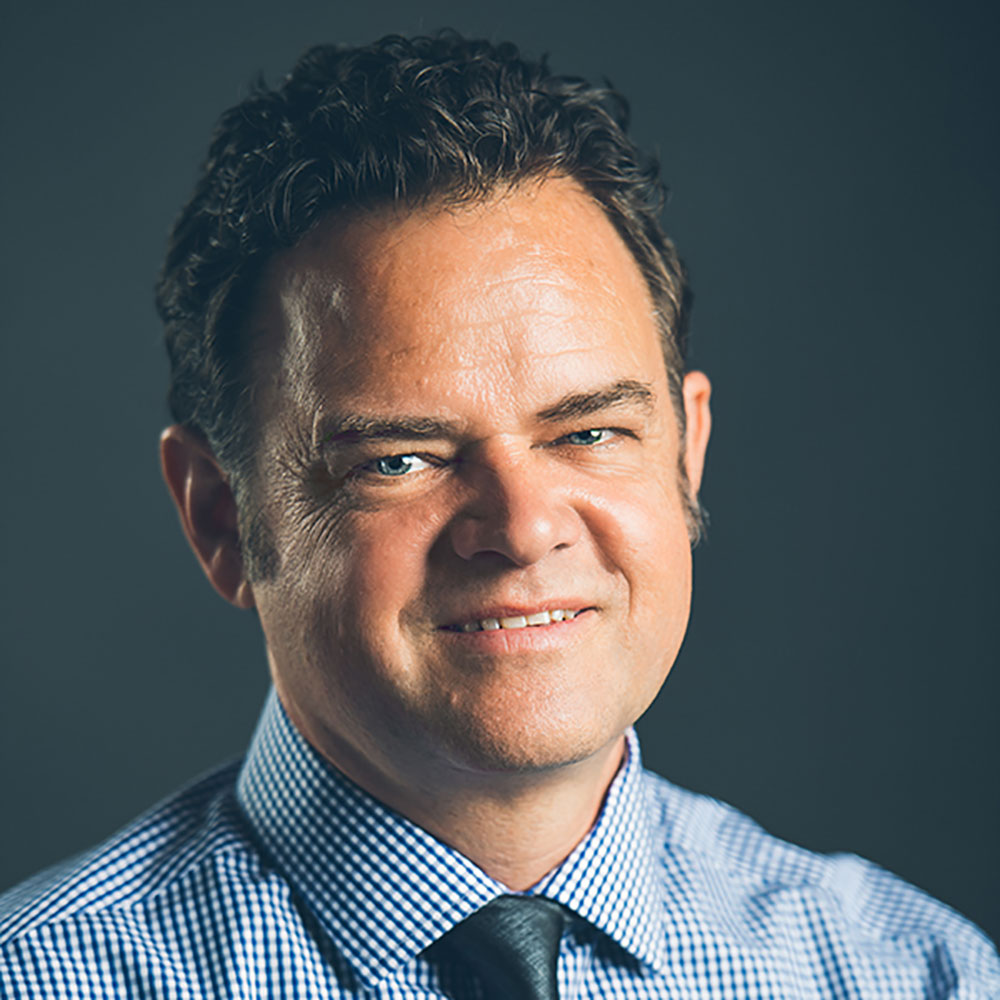 Flint Richter is a NABCEP Certified PV Installation Professional with over 22 years of experience in the design and implementation of residential, commercial, and industrial solar systems and energy storage systems. Flint was the founder and principal of Richter Solar Energy, a Northwest Arkansas based solar energy firm specializing in the design and installation of solar electric systems. In addition to his work at Richter Solar Energy, Flint is also an instructor for Solar Energy International, a non-profit educational organization that provides training and expertise in renewable energy worldwide. Flint joined the Entegrity team in 2018 as Director of the Solar Division where he assists in the growth and development of Entegrity’s Solar Division as well as supervision of the design, estimating, installation and commissioning of Entegrity solar projects.

When not designing solar PV systems Flint can typically be found spending time with his lovely wife and two daughters, working on their 11 acre farm in Fayetteville or enjoying time in Boxley Valley at their off grid paradise. 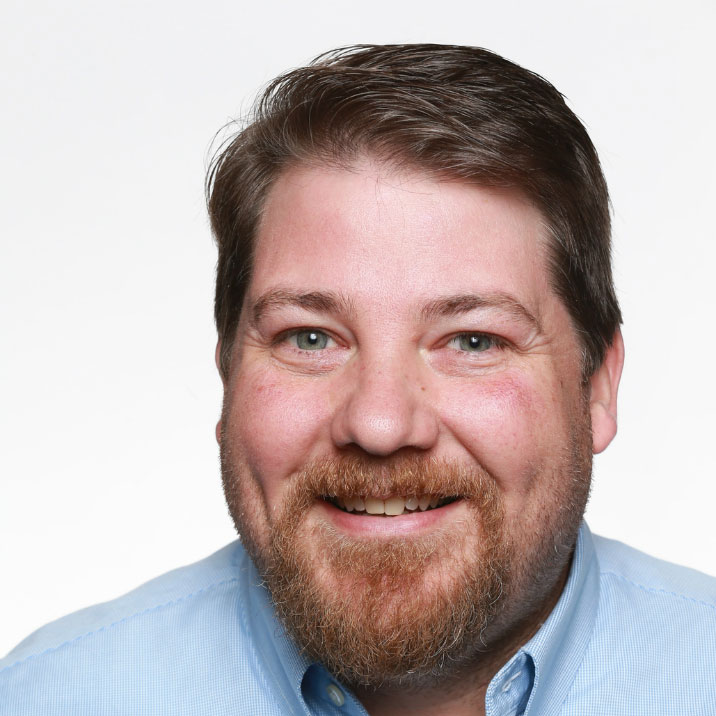 In 2020, Gary began working as National Audubon Society’s Director of State and Local Climate Strategy. He joined Audubon Arkansas in 2014 to lead our policy and advocacy efforts, before being promoted to interim executive director in 2018. A native Arkansan, Gary brings more than a two decades of organizing, political, and public policy experience to our team. After 10 years working in politcal campaign management, Gary started a consulting firm specializing in issue advocacy, business compliance and electoral campaign work. Projects include two national issue advocacy campaigns, formation and management of in-state non-profit table, successfully navigating regulatory requirements for clean energy clients, and field and strategic planning consultation for statewide and local candidate campaigns. Gary is also an expert in youth engagement and seasoned in developing membership based activism, having previously served as the Executive Director of Young Democrats of America and Field and Communications Director for RePower Arkansas. In his time at Audubon, Gary has developed an experitse in Energy regulatory policy through his work promoting energy efficiency and renewable energy. Gary holds a B.A. in Political Science and an M.A. in Communication from the University of Arkansas. 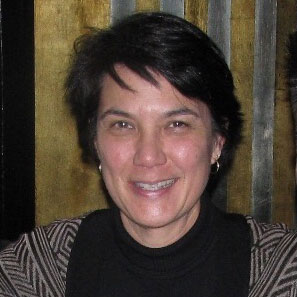 Nancy Guisinger is an Energy Efficiency/Consumer Programs Coordinator for Southwestern Electric Power Company (SWEPCO). During her career she has held a variety of positions including Distribution Systems Engineering Technician and Customer Service Account Representative working with net-metering customers. In her current position, she works with residential customers to achieve safe, healthy homes through a variety of energy efficiency measures. Nancy holds a Bachelor of Arts degree in Anthropology from the University of Arkansas. Peter is originally from southern Arkansas, having grown up in Arkadelphia. After graduating from Arkadelphia High School in 1995, he enrolled in the University of Arkansas at Fayetteville. Peter earned a bachelor and master’s degrees in Civil Engineering from the U of A 2001 & 2002. He then worked for a short time for a civil consulting firm in NW Arkansas before moving to Portland, OR in 2003. For almost nine years he worked for the Portland Water Bureau as an engineer, project manager, energy manager, green building consultant and sustainability advocate.

In the summer of 2012, Peter and his family relocated back to Fayetteville from the west coast and he began working as the Sustainability Director for the City of Fayetteville. In that role, he has been a passionate supporter of sustainable lifestyle choices and has led multiple sustainability related policy development projects for the City of Fayetteville, including: community energy planning, municipal energy policy, PACE program development, urban agriculture, downtown parking, recycling and composting, and bicycle/pedestrian programs and infrastructure investment. In addition, he has managed several sustainability projects and accomplishments for the City, including: adoption of Fayetteville’s first Energy Action Plan, adoption of 100% Clean Energy Goals, Launching Arkansas’ first PACE Program, Fayetteville becoming Arkansas’ only 3-STAR Sustainability Certified Community, achieving the state’s first Silver designation as a Bicycle Friendly Community, and becoming the first city to invest in Ozarks Electric’s 1-megawatt Solar Array.

Peter is very interested in promoting energy efficiency, renewable energy, recycling, sustainability and livability for the City of Fayetteville and advancing the six goals of City Plan 2030. Peter is extremely proud to serve Fayetteville in a role that will provide vital direction for his community’s continued sustainable growth.

Adam Fogleman is the County Civil Attorney for Pulaski County, Arkansas. Adam is a member of the Arkansas Bar Association, Pulaski County Bar Association, and serves as President of the Board of the Downtown Little Rock Community Development Corporation. He is also a licensed commercial pilot and a member of a family-owned construction company, focusing on rehabilitation and redevelopment in Little Rock’s Pettaway Neighborhood. He has served as a member of the House of Delegates of the Arkansas Bar Association, Chair of the Board of Trustees of First United Methodist Church Little Rock, Deputy Prosecutor Attorney in Arkansas’s Sixth Judicial District, Staff Counsel to the Arkansas Democratic Senate Caucus, is a graduate of the Delta Leadership Institute, and has managed and provided strategic advice to various campaigns ranging from local to state-wide office. He is a graduate of The University of Arkansas at Little Rock Bowen School of Law and Henderson State University where he received an undergraduate degree in Aviation. Adam lives in Little Rock with his wife, Jill, and their son, Jude. 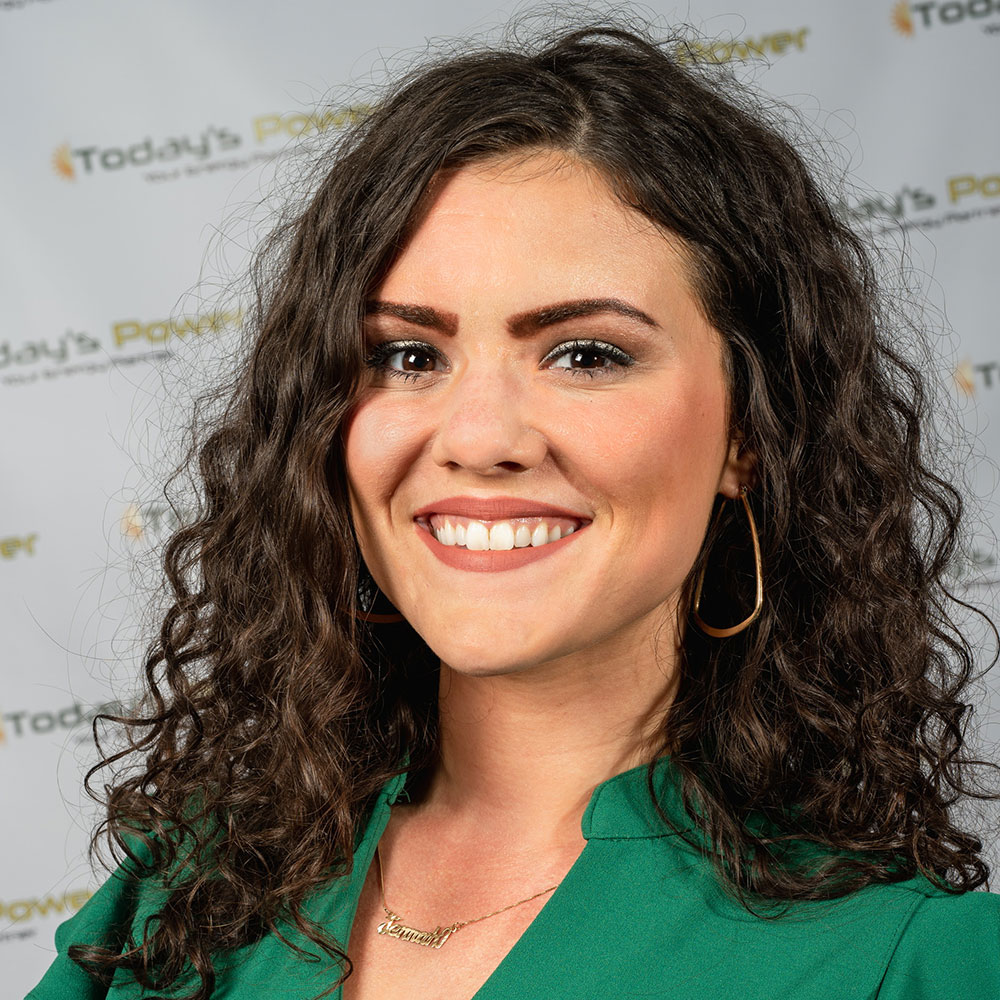 Jennah Denney, an award-winning advertiser, is the Marketing & Public Relations Coordinator for Today’s Power. Specializing in Marketing, Public Relations, and Communication, Jennah joined the Today’s Power team as the WOW Coordinator in 2016 after graduating from the University of Central Arkansas. Since joining the Today’s Power, Jennah has assisted with utility programming, cooperative event planning, and communication, and has been involved with the addition of electric vehicles and charging stations to TPI’s product line. Jennah serves on the board of the Arkansas Advance Energy Foundation and the Arkansas Electric Vehicle Association. I’m addition she has been integral in the execution of Little Rock’s Drive Electric Week since 2018 and has served as City Captain in 2019 & 2020. 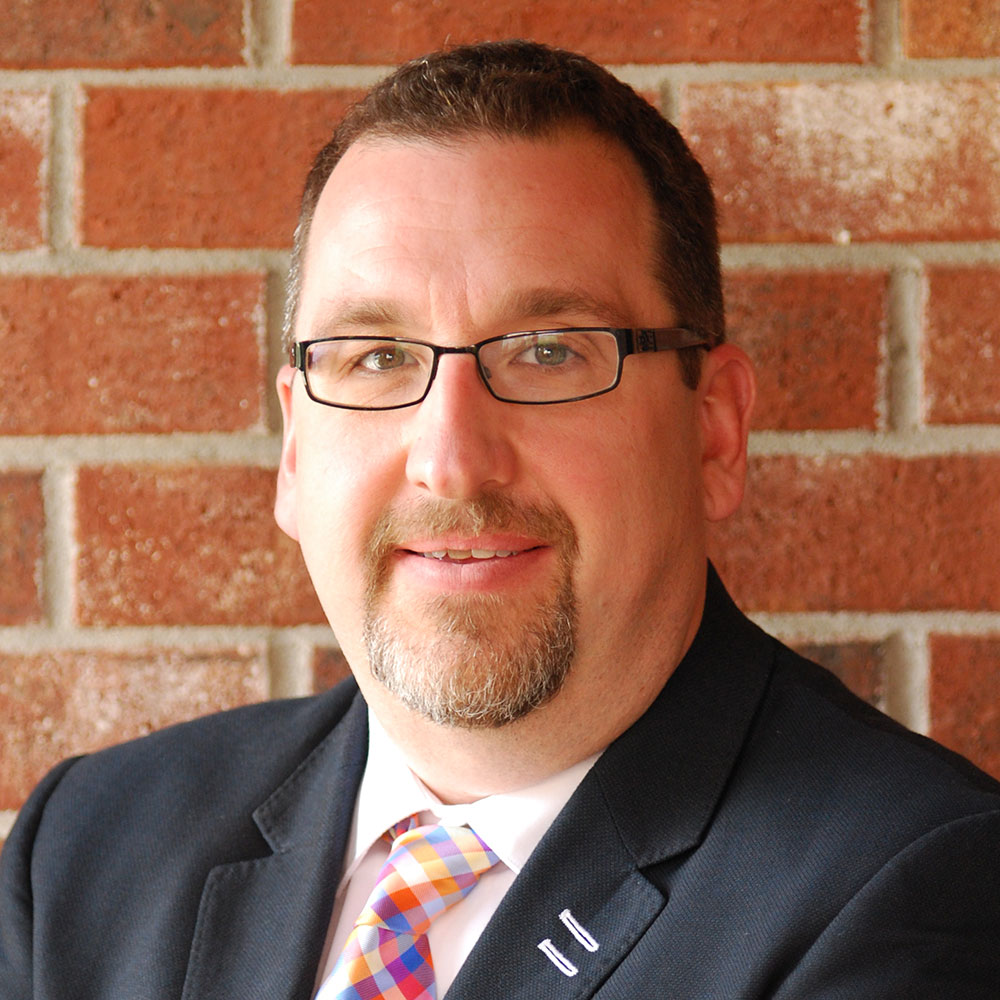 Steve W. Chriss is Director, Energy Services for Walmart Inc. Steve leads Walmart’s utilities team and is responsible for managing Walmart’s day to day and emergency engagement with utilities, regulatory and legislative cost exposure from changes in electric and natural gas rates, interventions in regulatory proceedings, pricing analyses, and strategic partnership opportunities. Since 2007, he has managed interventions in over 500 regulatory dockets. Steve also serves as a witness on behalf of Walmart and in his career has testified in over 230 rate and policy dockets in 41 states and on legislative matters in four states.

Prior to joining Walmart, Steve was an Economist and later Senior Utility Analyst for the Oregon Public Utility Commission from 2003 to 2007. From 2001 to 2003, Steve worked as an Analyst on domestic and international energy regulatory projects for Econ One Research, Inc., an energy and economics consulting firm. 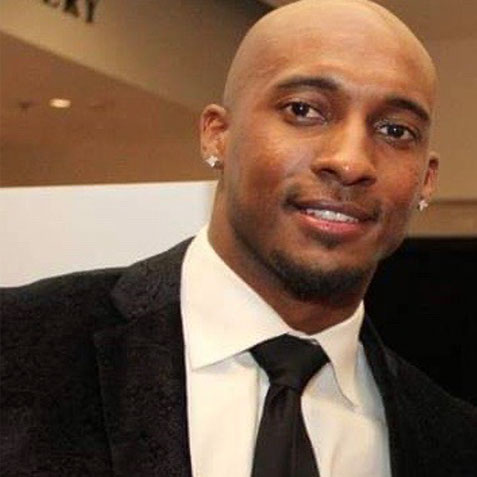 I am a Little Rock, AR native with a degree in Sociology from the University of Arkansas at Fayetteville and former Arkansas Razorback football player. A social entrepreneur with experience in the public, private, and nonprofit sectors as it relates to program and strategic partnership development, fundraising, and sustainability planning. I enjoy spending time with family, traveling, playing chess, and billiards.

Elston Blake is also a Business Development Associate at Entegrity Energy Partners where the focus is to optimize building performance and transform the future of energy. 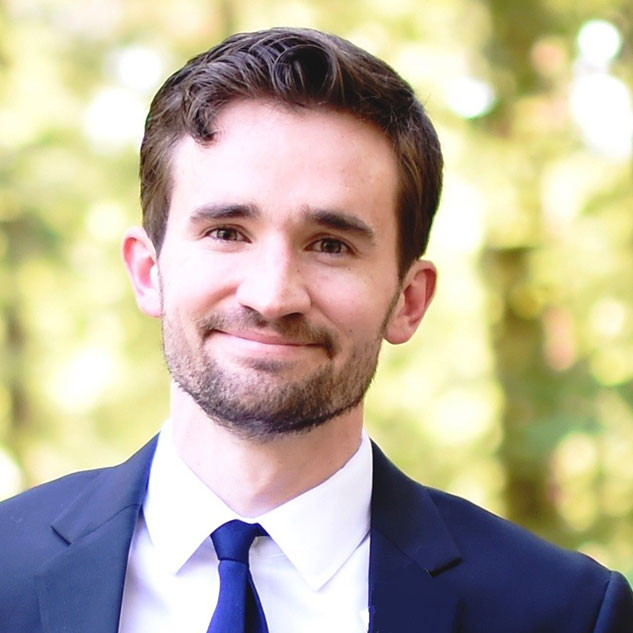 Chet Howland has worked with over two dozen AAEA members on a variety of shared policy goals as Financial Programs Manager for the Arkansas Energy Office. Most notably, Chet has managed Arkansas’ Energy Performance Contracting program since 2014, which has facilitated over half a billion dollars in guaranteed savings for public sector clients. A graduate of Davidson College and the UA Clinton School of Public Service, Chet resides in Little Rock with his wife, Alli, and son, Shep. 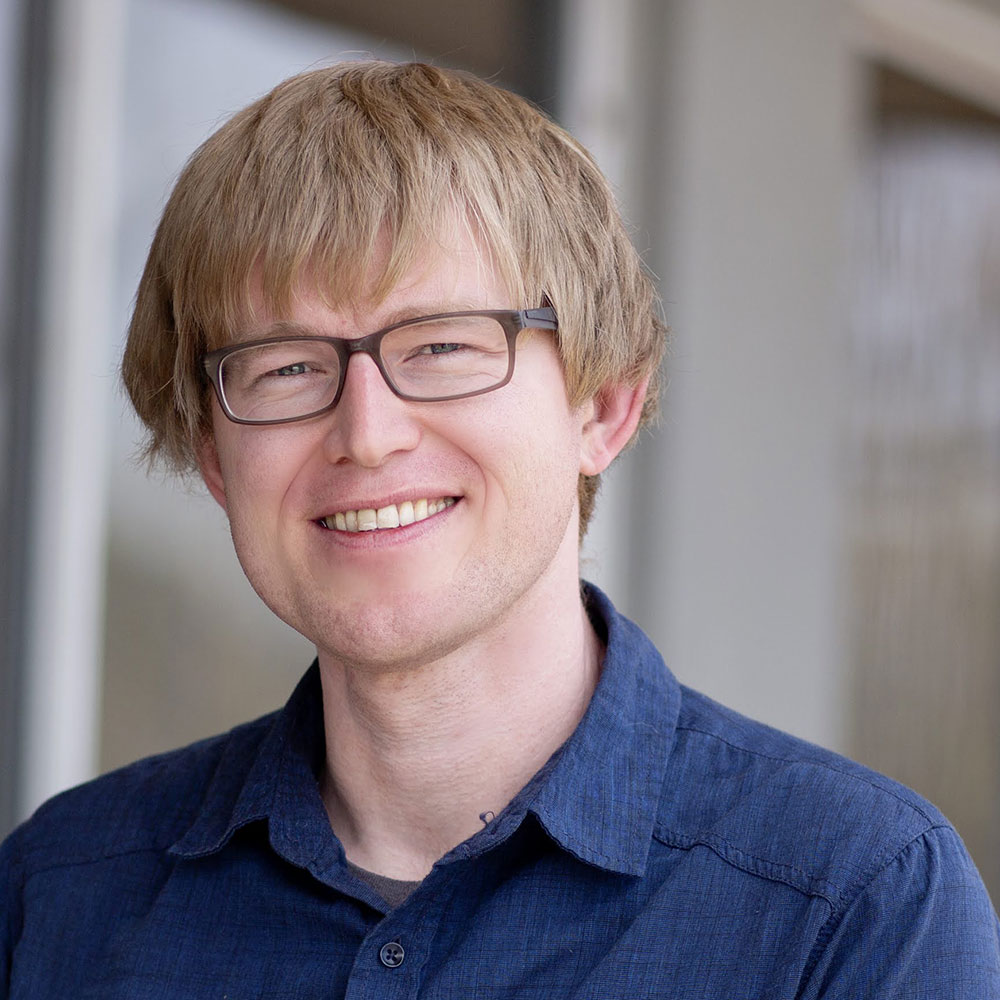 Douglas Hutchings, is a scientist, inventor, and entrepreneur in the Arkansas solar industry. Doug graduated from ASMSA in 2001, Hendrix College in 2005, and earned his PhD in Microelectronic-Photonics from the University of Arkansas in 2009. He started a company while finishing his dissertation and secured seed funding for the venture days before defending his PhD. As CEO of Picasolar and Chairman at WattGlass, Doug supports interdisciplinary teams to pioneer new techniques for improving the efficiency of solar cells and was named one of the nation’s Top New Inventors by Inventor’s Digest. Doug co-founded Delta Solar in 2017 to lower the cost of commercial and agricultural solar installations to expand the solar industry in his home state. Douglas is passionate about STEM education and entrepreneurship. He is an Entrepreneur in Residence at Innovate Arkansas and was named the first Academy Director for the Arkansas Research Alliance in July of 2019 where he works alongside some of Arkansas’ leading researchers. Douglas has been recognized as an Arkansas “Fast 15” and “40 under 40” in addition to receiving an Early Career Award from the University of Arkansas College of Engineering.